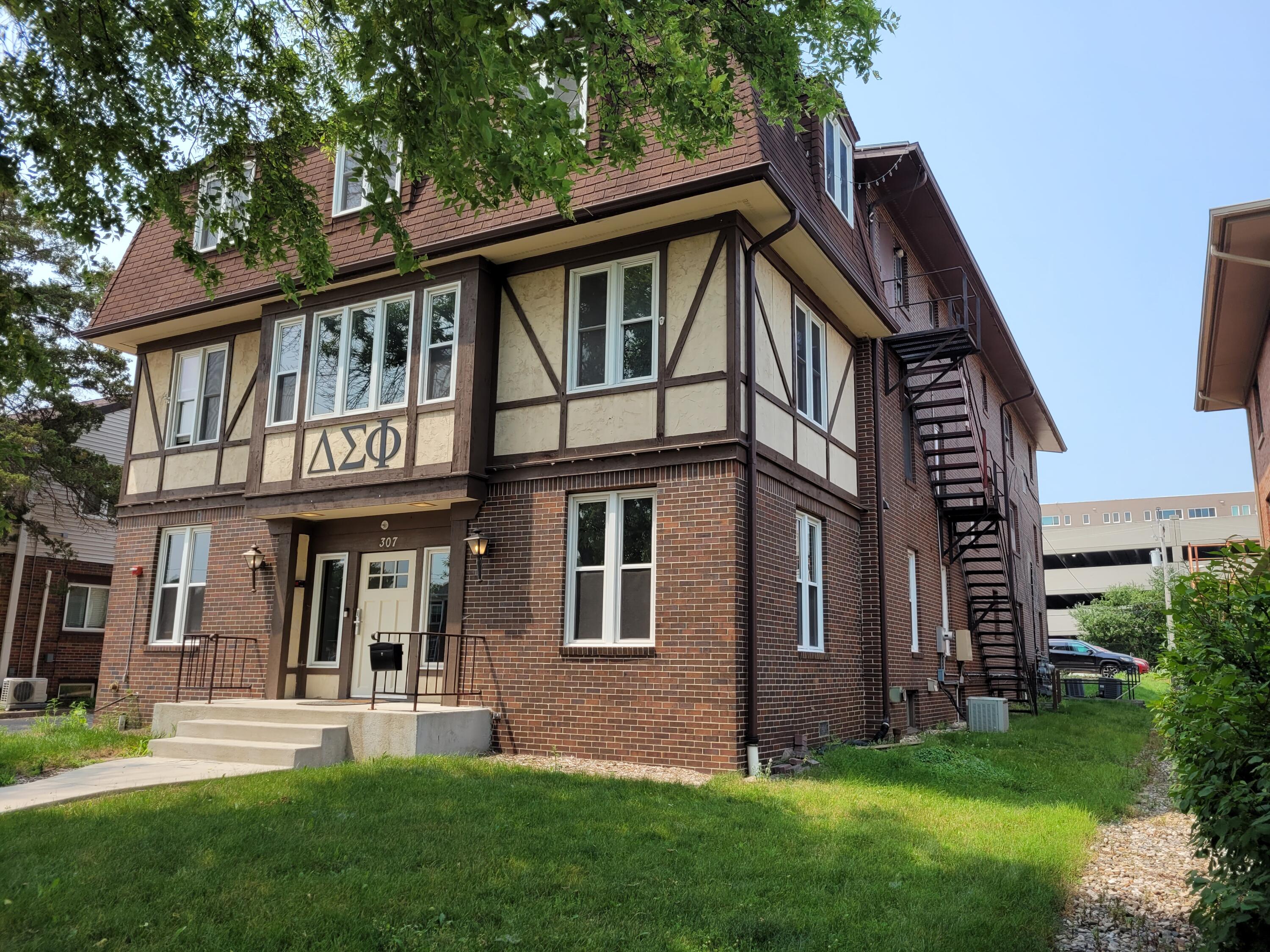 Located just two blocks south of the beautiful Iowa State University Campus and its 32,000 students. Most recently the property served as a fraternity with two-four bedroom units, one-three bedroom unit, and five-one bedroom units, and one bedroom unit with suite. The four and three bedroom units have two bathrooms. The building is served by a sprinkler system. There is a common laundry area in the basement. Natural gas and electric service is individually metered.There are no continuing leases as the fraternity will be vacated in early August. There are no financials available, and no proforma financials have been created.The property was previously an apartment building and two units were deconstructed to make room for the remodeled entry living/common area.